The new Exhibition Road Quarter at the V&A has been announced as Cultural Project of the Year at the Architects’ Journal Architecture Awards 2017.  The judging panel of industry experts selected the Quarter from a very impressive shortlist, which included the Science Museum’s Mathematics: The Winton Gallery and renovations of The Bush Theatre and Liverpool’s Royal Court, among other projects.

In November 2015, John Lyon’s Charity awarded the V&A a grant of £100,000 towards the John Lyon Community Gallery, which was created as part of the redevelopment works for the Exhibition Road Quarter.

The CYP Funder Coalition working to support organisations dealing with the aftermath of the fire at Grenfell Tower is now accepting applications for Phase 2.

Organisations that have already applied to the coalition will be informed whether they need to submit supplementary information in order to meet the guidelines for applicants for Phase 2.

We are delighted to be celebrating awarding £100million in grants to benefit children and young people across our Beneficial Area.

Looking back at the past 25 years of grant-giving, Susan Whiddington (Chairman, John Lyon’s Charity) says:  “We are thrilled to celebrate £100million of project funding that has created brighter futures for children and young people over the past 25 years.  Our funding has supported innovative education projects, exciting cultural and arts activities, dynamic sports programmes, vital employment and skills training, valued therapeutic interventions, as well as helping to stabilise the youth sector across the Beneficial Area.  Here’s to the next 25 years of creating new opportunities for children and young people and making a difference to their lives!”

Now that the summer is coming to a close, we are now working to develop the funding offer under Phase 2 of the response to the fire at Grenfell Tower.  This will look at the medium-longer term needs of the community that are affected and will seek to support groups delivering ongoing support.  We have already received a number of applications for Phase 2.  These are currently being considered.  We will use feedback from a consultation we held on 17th August at the Harrow Club to guide the process going forward.  We are looking forward to discussing Phase 2 with our funding coalition partners.  More news and specific guidance for Phase 2 will be provided as soon as possible.

Everyone is welcome to attend, but to ensure everyone is seen you will need to reserve a time-slot.  Please contact Poonum Chamdal ([email protected]) to reserve your space on either of these dates.

Before you attend, please ensure that you are familiar with the application form and JLC Grants Managers will offer advice and guidance.

This map shows the location of Harrow Club.

John Lyon’s Charity, with local partners, has launched a Funder Coalition to help organisations working with children and young people affected by the fire at Grenfell Tower to access funding.

Our thoughts are with all of the people affected by the horrific tragedy of the Grenfell Tower disaster. John Lyon’s Charity has a long history of supporting local organisations in this area and we feel very much part of this community. We are here to help and will offer an extra funding facility to assist organisations who support children, young people and families of North Kensington. We anticipate that this facility will be needed over the coming weeks and months as the full impact upon the community becomes evident. The Charity will work with local partners to see how we can best support the medium and longer term concerns and we will convene a group of children and young people’s organisations over the summer to look at the optimal way of achieving this.

John Lyon’s Charity is delighted to announce that it has appointed Dr Lynne Guyton as the Charity’s new Chief Executive and she has accepted the appointment with effect from 18 April 2017.

Lynne, who holds a Doctorate in Economics from Cambridge University, had a career in banking until 2012, including senior positions in RBS Investment Bank, Barclays Capital and Accenture.  For the last four years Lynne has been with the Kew Foundation, latterly as the Co-Chief Executive. 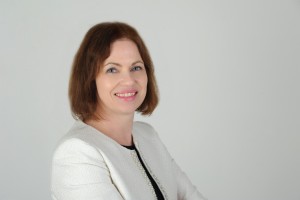 As Chief Executive of John Lyon’s Charity, Lynne will provide strategic leadership with a particular focus on the management of the Charity’s Endowment and the development of John Lyon’s Foundation and the links between three elements of that Foundation: Harrow School, The John Lyon School and John Lyon’s Charity.  Lynne will work with the other members of the Charity’s Senior Management team, the Grants Director, Cathryn Pender and the Finance Director, Lloyd Gay.

Lynne takes over the role of Chief Executive on the retirement of Andrew Stebbings, who has been with the Charity since 1983, and who was responsible for the formation of the Charity in its current guise.