The benefits of regular participation in sports and other physical activities are well documented. The Charity seeks to promote opportunities for all children and young people to take part in a variety of sporting activities. It is also important to take measures to help groups that do not traditionally take part in sport find ways in which they can get involved.

Suitable projects can include:

Have a look at some of the case studies below for insight into some of the Sports projects funded by the Charity. Alternatively, you can visit our page on Recently Funded Projects.

Established as a charity in September 2014, Fulham Reach Boat Club (FRBC) is the first rowing club to be built on the Oxford and Cambridge boat race course in the last 50 years. Based 200 metres from Hammersmith Bridge, the boat club includes a pontoon and 18 boats. Despite being one of seven boat clubs in Hammersmith and Fulham, FRBC is the only one specifically set up to introduce people into rowing.  FRBC is currently in receipt of a main grant to introduce rowing to schools in the borough of Hammersmith and Fulham.

Rowing is a unique sport in that it is a great teacher of teamwork, self-confidence and communication.  These are skills which are not easily taught within the classroom but, once gained, can open many doors to a young person’s life.  FRBC has had developed partnerships with local schools and introduced rowing into the curriculum for Year 9 students at many of these, regularly working with more than 500 students per year.

In 2017, Fulham Reach Boat Club was selected to receive a promotional film about its work as part of the JLC Volunteer Films initiative in partnership with Media Trust. 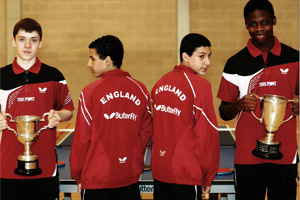 Table tennis is a very popular activity within secondary schools and can be an effective way of engaging with students who are at risk of being excluded. Students generally participate on a social level but can train to elite standards and be trained as coaches to deliver table tennis sessions to younger players.

In recent years, we have supported successful table tennis projects at Wembley High, Capital City Academy and most recently at London Academy in Barnet.

London Academy (formerly Edgware School) was one of the first academies, established in 2006 and it now has specialisms in business, enterprise, ICT and applied learning.The school has been running table tennis for the past 10 years and the current coach was a student at the then Edgware School. With the Charity’s grant of £75,000 over three years, the school has expanded the table tennis programme, which now boasts one full-time coach and two part-time coaches, including the Estonian number one female player. She has been working hard to increase the number of girls playing table tennis and in 2013, the first London Academy girls’ team attended the national England finals.

Table tennis has become huge at London Academy, with sessions held every day before, during and after school. Open access lunchtime clubs regularly attract more than 40 students to each session and elite sessions attract 30 students at each age level. 50 students attend sessions during half-term holidays. As a result, there are 10 London Academy students with top 20 national rankings in their individual age groups.

In 2014, London Academy became the under 13s, 16s and 19s National Schools Champion and were selected by English Schools Association to represent England at the World Schools Championships. They were crowned the 7th best school table tennis team in the world! 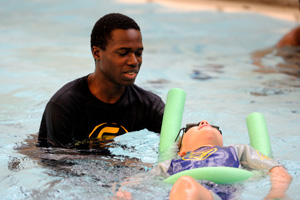 Greenhouse works to empower disadvantaged young people through sports and performing arts. John Lyon’s Charity supports the Greenhouse swimming club on Saturday mornings for young people with learning disabilities in Hammersmith & Fulham. The club, based at St Paul’s Girls’ School, provides an opportunity for children with special educational needs to learn to swim under the supervision of specialist coaches, supported by volunteers. It is attended by 40 young people each week.

There are sessions for beginners to build confidence in the water, followed by sessions for those keen to master more swimming strokes and pool skills. The club holds regular events over the year including Summer and Winter Festival Galas.

The club won the Inclusive and Active Sports Award at Hammersmith and Fulham’s Community Sports Awards in 2013. 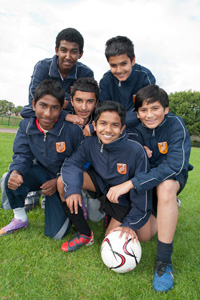 The London Tigers was established over 20 years ago in Westminster to increase opportunities for disadvantaged young Asian people to participate in sport, recreation and youth development activities and to promote inclusion and social integration at a local level. Activities include linked sports and learning opportunities, youth work, mentoring, leadership skills, employment support and volunteering opportunities.

Funding from John Lyon’s Charity in 2008 enabled them to extend and embed their work into Ealing, a borough in which they had not previously worked. Since that time, the Tigers have emerged as a leader of community sports in that borough and they have a reputation for delivering high quality, community sports activities for young people. The partnerships they built with schools and other voluntary groups led to LB Ealing awarding them a contract to build and run a new sport facility at Spikes Bridge Park in Southall.Together with Southall Community Alliance (also funded by John Lyon’s Charity) London Tigers has successfully raised over £800,000 to construct the sports pavilion at the park. This partnership approach has already been adopted by Sport England as a model of good practice on how community groups, working in partnership with the local authority, can create positive use of unused facilities through asset transfers.

This opportunity came as a direct result of the Charity’s initial grant to London Tigers, enabling them to be in a position to bid for this contract. We are currently supporting the salary costs of a Children & Young People Development Manager who is responsible for delivering a sports programme for young people in both term time and school holidays. This new facility is establishing regular sporting activities right at the heart of a community which is traditionally reluctant to become involved in organised sport.